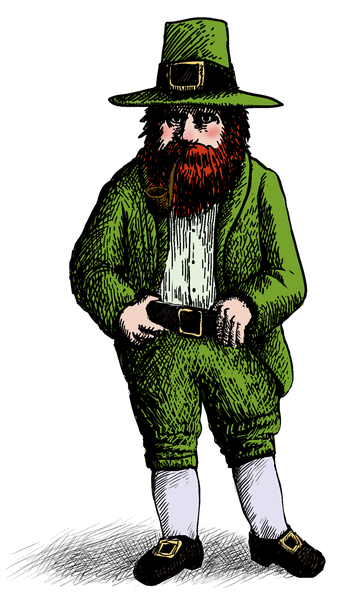 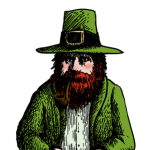 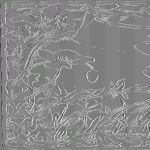 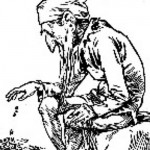 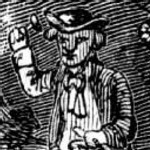 Leprechaun pictures were taken from wikipedia.org.
The ninja new that there were 440 different species of shark. That some sharks in captivity were able to generate offspring through asexual reproduction, etc. But with so many different shark species it is hard to know much about them in general. Today the ninja learned about the Greenland Shark. This species is found in and around the icy waters of the Northern Atlantic Ocean generally near the tundra regions of the Iceland and Greenland. Though the ninja knows it as the Greenland Shark the local name for it is often the grey shark. Or sometimes the gurry shark, sleeper shark or the ground shark. Immensely powerful, the Greenland Shark is one of the largest examples in the shark family and comes in only second to the Great White. A full grown male can grow to over 21 feet long (6.4 meters) and weigh in at around 2200 lbs, or 1000 kg. One male that was kept in captivity grew to over 24 feet in length. And if you think that is amazing wait until you hear this… Scientists believe that the Greenland Shark has a remarkably long life span. They believe that the species has the ability to live up to about 200 years. One reason why they may not be a well known as some other species of shark could be due to their habitat. The shark doesn’t usually come out of the deep waters, living more than 6000 feet under the surface. Though there have been instances where they have been known come into shallower waters. One case was when a Research team caught one of the sharks swimming in the St. Lawrence River at a depth of 24 feet. If you think that you wouldn’t want to run into one a Somniosus microcephalus, neither would the ninja. This species generally feeds on fish, however, it is also known to seals and polar bears. Though reindeer and horses that wandered too close to the shore have fallen prey to the Greenland Shark, too. There is no proof that the shark will attack people out at sea, though there are reports that they will sometime attack kayaks and canoes. Researchers believe that the grey shark is more of a scavenger than a predator due to the large variety of contents found in their stomachs. One of the more interesting facts about the shark is that the meat is extremely poisonous. It contains high levels of urea and toxins, when consumed these poisonous breaks down in the body producing an intoxicating effect. Eskimos boil the meat for several days, this procedure makes the meat safe to eat. Would you eat a Greenland Shark?
The ninja noticed something recently, it has been staying light longer and longer. A couple of months ago he didn’t really care, it was in the middle of Winter and Spring seemed like a long way away. Now it doesn’t feel so far off, so when is Daylight Savings this year? Well Daylight Savings begins every year on the second Sunday in March at 2 am. That means next Sunday both you and the ninja will be getting a little more light everyday. Not too bad. The ninja knows that he has had enough of the winter for a while. So from from March 14th through until November 7th we will be getting an extra hour of daylight. As an added bonus here is some trivia for you. Who regulates Daylight Saving time and the time zones? If you answered the NIST you’re wrong. Daylight Saving is handled by the U.S. Department of Transportation. 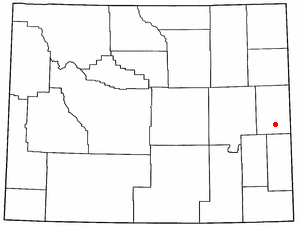